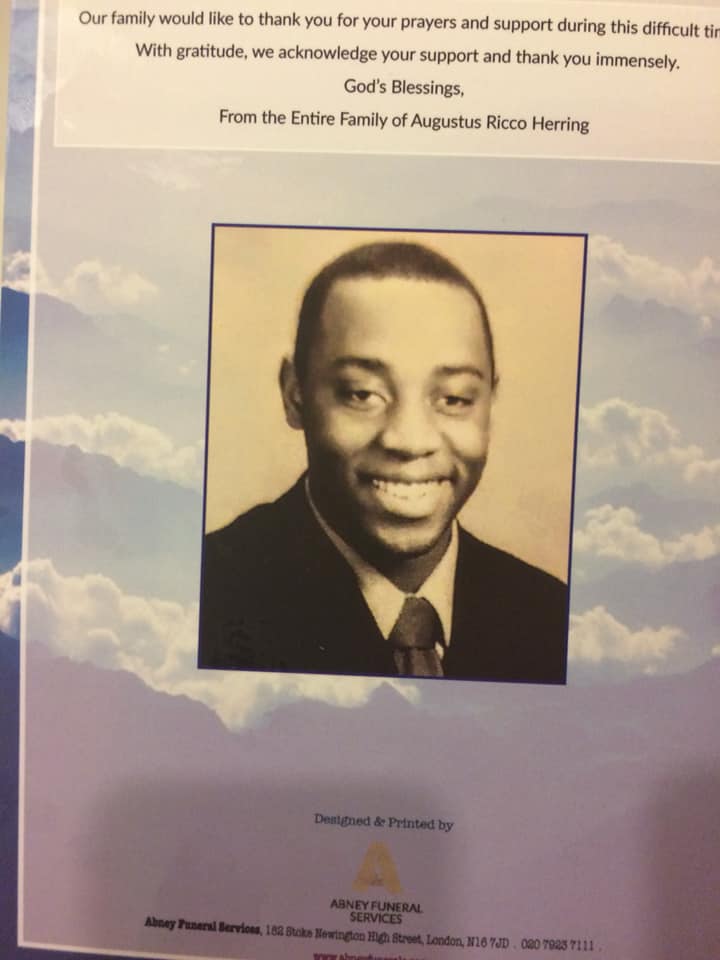 It is with burdened hearts, that we announce the sudden transition of our beloved son, Augustus Ricco Herring on August 30th, 2019. This event occurred in the City of Hackney, London where he lived.

Born in Monrovia, Liberia, West Africa, Augustus migrated to the United States upon the onset of the Civil Crisis. He was a graduate of Hamilton High West in Hamilton, New Jersey with Honors and enrolled at Rider University where he excelled as President of the Student Government Association, staff writer for the Rider News, Homecoming King, and member of the Sigma Phi Epsilon Fraternity, New Jersey Zeta Chapter.

Upon graduation, he was hired by Johnson & Johnson Pharmaceuticals in New Brunswick, New Jersey where he began his career. He excelled there eventually working for the company globally in Switzerland and London. In 2013, he took up employment with Amazon, were he worked as a Senior Business Partner Manager, Building Financial Teams. Augustus was regarded as a top level interviewer and judge of young talent, and headed to the Graduate Program until his demise.

“Auggie”, as he was affectionately called, was an avid reader, prolific writer with a penchant for proper grammar and attention to detail. He was also a Graphic Artist who appreciated the finer things in life. He loved all things Japanese. While in the United States, Augustus was a member of Shiloh Baptist Church in Trenton, New Jersey.

Augustus Ricco Herring is survived by his Mother, Miatta Stella Herring of Hamilton, New Jersey; his Father Boehnflahn John Herring (Agnes) of Baltimore, Maryland; his brothers, Eugene Herring of Monrovia, Liberia, JB Herring of Minnesota, USA, and Ian Herring of Maryland, USA, a host of relatives, co-workers and friends around the World. His Biological mother predeceased him during childbirth.

There is a memorial service at Rider University Sigma Phi Epsilon Homecoming on Saturday November 2nd at 1pm in the Gill Chapel. All are welcome.